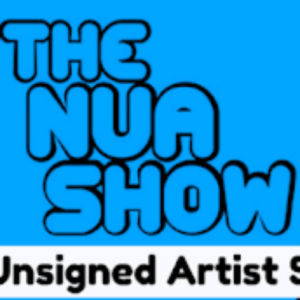 The NUA radio show (The new and unsigned artists show). It' self produced and broadcast on over 40 radio stations.

The show has won multiple awards (Dedication to music award 2019, Best Presenter COR Radio 2016, Best Presenter Box Radio 2017). My passion in finding and championing new artist has been in my blood from being sent a crop of UK based new acts to finding gems around the world there is nothing better in my mind and the variety it gives to daytime radio is wonderful and introducing family, friends and like minded music lovers is what I thrive upon.

I have been privileged to support and champion over 1,000 acts each year. I was a supporter before Oliver Sean made it huge and since featuring him on my show he has gone onto be a MTV EMA Nominated Artist. Also I was one of the first Radio presenters to play OMI Cheerleader as it was submitted to my show back in 2008 and I have been a huge supporter of Scary Cherry & The Bang Bangs a Hard Rock Album Nominee and fronted by American actress Lezlie Deane.

My current show is compiled from music supplied by promoters, and independent unsigned artists and I work hard to ensure it always represents what is fresh and upcoming in the genre of unsigned talent.

The show started back in 2009 on an internet only station, Off The Chart Radio, it soon gained huge response and demand was so high it moved from a monthly to weekly show. In years that followed more stations decided to take the show and so it aired on FM, Digital and internet across the country.

I have a wealth of radio experience from working in multiple commercial radio stations, to being a huge name in the unsigned music world. Bands have asked me to support DJ for them on tours and also cover shows that they have performed for my show.

On the show multiple features are transmitted including Play It Forward where an entire album is broadcast over the month and then offered for a listener to acquire at the end of the month. Artist of the week each week I select an artist who gets six tracks featured on the show. Front of the stack where an upcoming artists vinyl 7" is played over the show. Many more features have been premiered over the 10 plus years of shows duration. One of the features that I've bought to the show that I really enjoy doing is my Front of the stack this is where I choose a upcoming act from Vinyl submission and play both the A side and B side to me the sound and feel of vinyl is something that CD's & MP3's cant top and the look of something that I grew up with cant be beaten.

​Groups and promoters often look to me as an ambassador to the future of music. Bands and artists have a place where they can shine on The NUA Show. The shows music which is played has music supplied from all corners of the globe giving a stage for everyone to shine however the UK music scene is very heavy on my show. And I would love to bring my knowledge of music and artists to the area as well as discovering new acts.

with Jay Adkins
Saturday
16:00 - 18:00
Our website uses cookies and other technologies so that we and our partners can remember you and understand how you use the website. By continuing to browse this site, you will be deemed to have implied consent to our privacy policy.